Akgim Ghaziabad organized an Online Alumni Interaction as a part of "Alumni Interaction Series" on 'Emerging Issues in Women Entrepreneurship' on Saturday, September 25 from 6:00 – 7:00 pm through Google Meet under the "Nari Shakti mission Campaign", a campaign under the state government which intends to create awareness about women empowerment in the state. The interaction was carried by Ms. Leela Kamal, Ms. Aashi Jain, Ms. Tanya Goel and Ms. Harshit Goel, Alumni of AKGIM.

The discussion initiated with a general idea of Women Entrepreneurship which is gaining much significance in India in the wake of digitalization and globalization. The Alumni stressed on the fact that how women today are breaking the glass ceiling consistently. Additionally, discussion threw light on the emerging Issues in Women Entrepreneurship, where certain issues like gender bias, social barriers and norms, limitations in current education system, resources, technology, infrastructure etc. were talked over.

Overall, the interaction was very interesting and indulging. 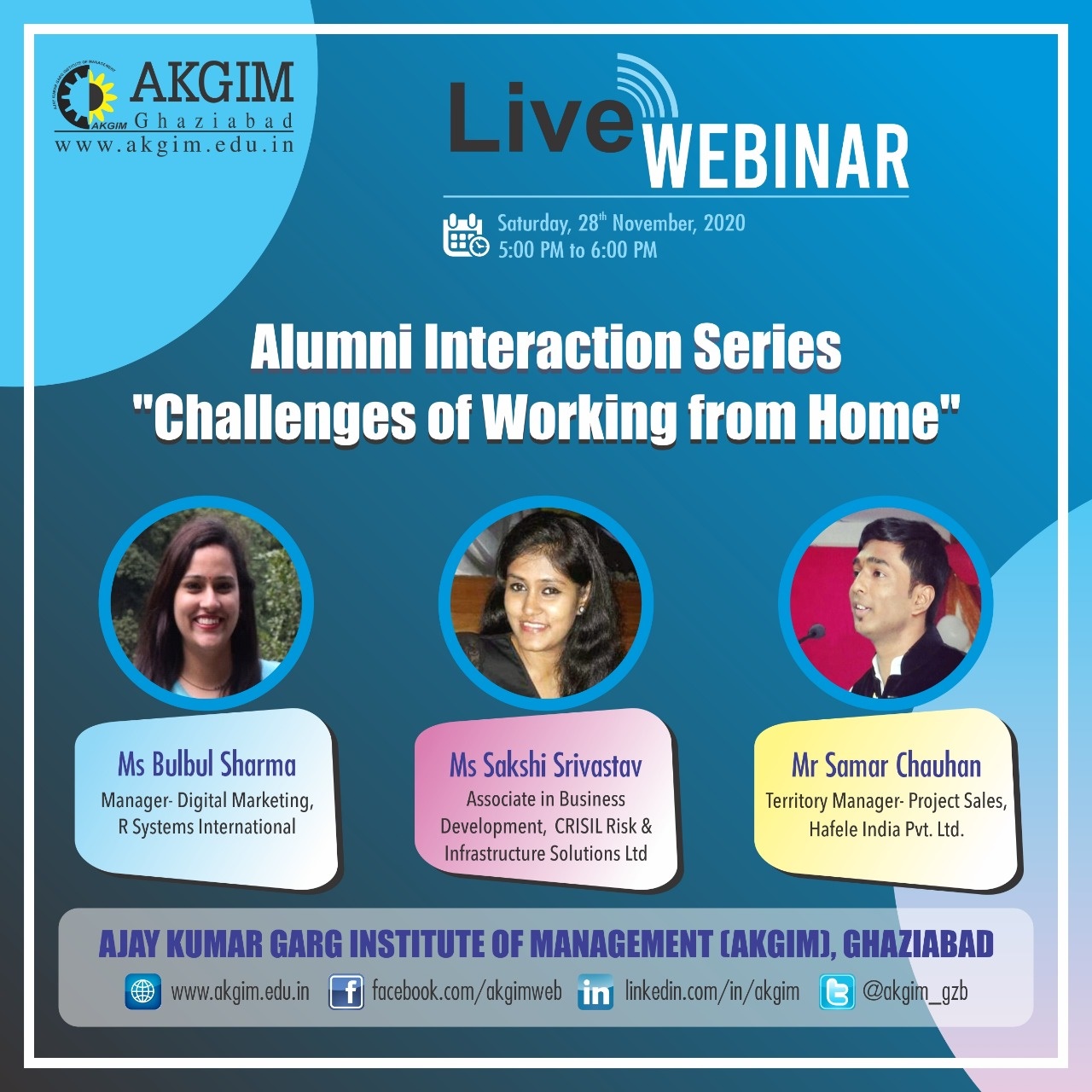 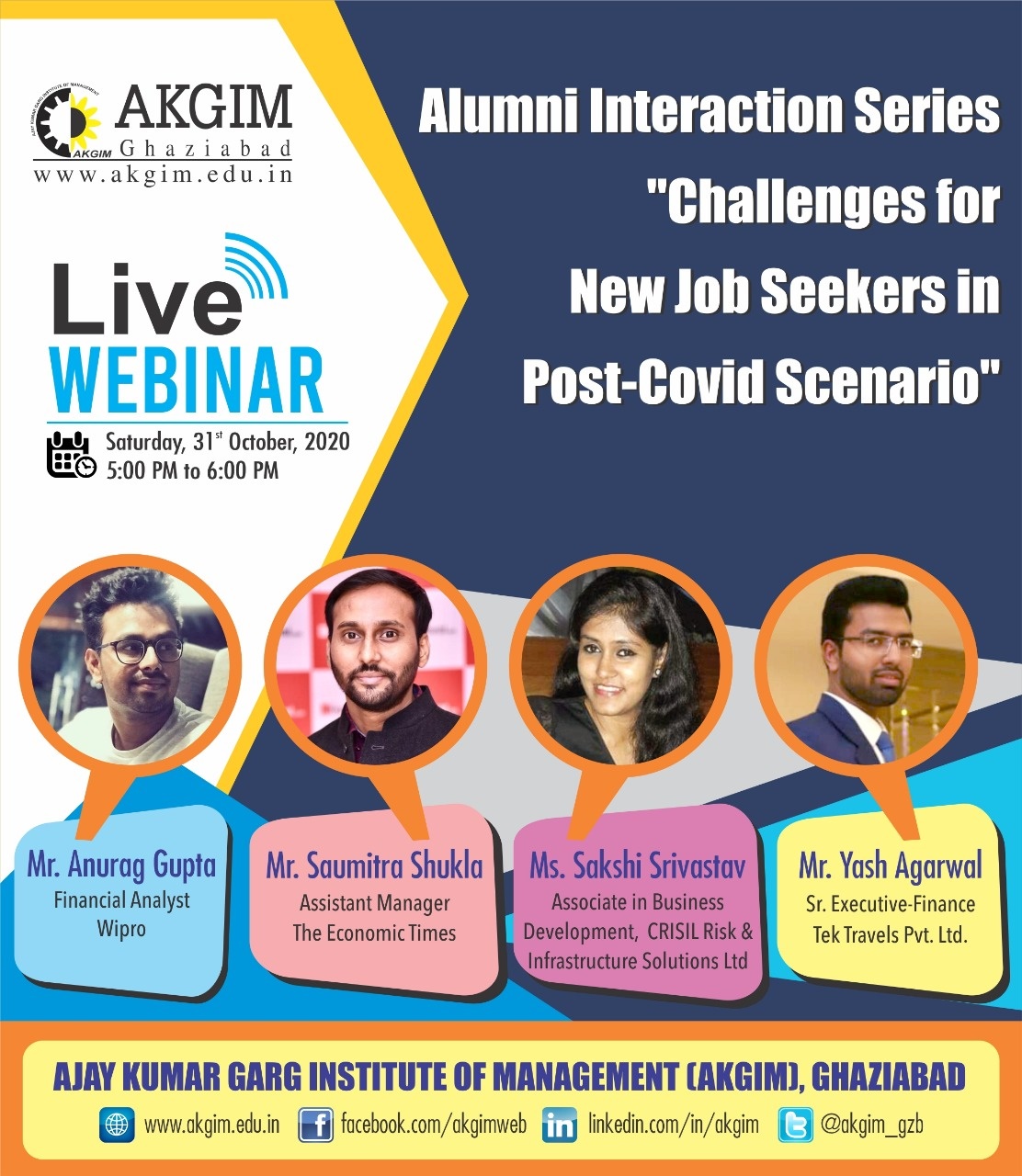